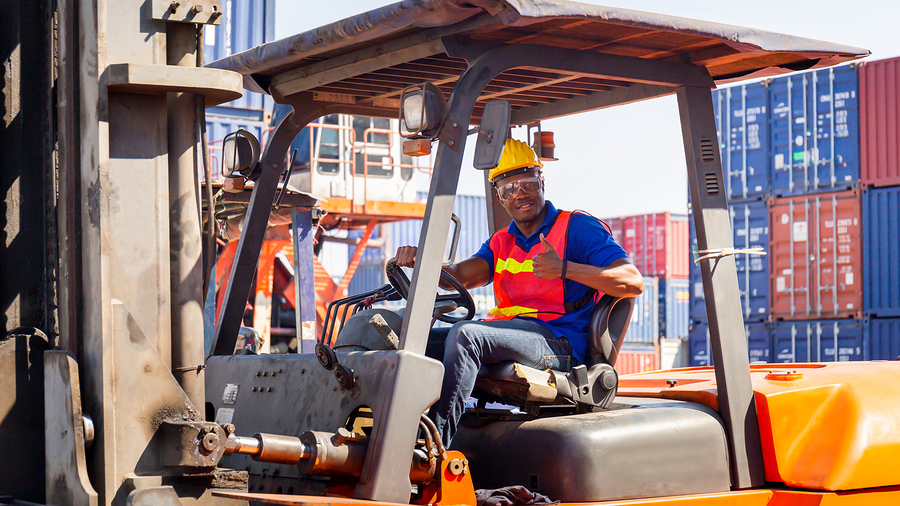 How OHS laws (and workplace safety signs) have changed over history

Many of us take workplace safety or granted – however, it wasn’t always this way.

We’re sure you’ve seen this picture at least once before. If there was ever a demonstration of how far we’ve come in such a short time, this picture is it!

All the safety procedures that we take for granted nowadays are a relatively recent creation. While they cop a lot of heat from grumbling workers, the fact is that it’s serious business, and we’d all be a lot worse off if they weren’t in place.

While our focus is on providing your workplace with appropriate workplace safety signs in Melbourne (such as hazchem signs and dangerous goods labels), at the end of the day, it’s all about safety.

And with World Safety and Health Day only last week, what better time to reflect on how far we’ve come?

Zooming in: how OHS laws have changed

It isn’t just the “big ticket” things that have changed – even relatively unassuming parts of the workplace have changed over the years in response to OHS developments.

Back in the old days, there were no laws regulating how signs should appear, or what they should say. In fact, there were hardly any laws mandating workplace safety signs at all – instead, it was up to the individual workplace.

While most used common sense and made their own, it wasn’t exactly an ideal situation!

For an example, let’s look at the development of hazchem signs.

While there were efforts to improve the lot of workers (such as the 8-hour workday, or establishing worker’s rights to compensation following injury), it wasn’t until the end of the 1800’s that the first OHS laws were officially “on the books” in Australia.

Until then, workplace safety was almost entirely handled by individual workplaces.

And what few OHS laws did exist were ad-hoc, fragmented and incomplete, with many loopholes and gaps.

Towards the end of the late 1800’s, Australia’s states and territories started looking to implement what we would nowadays call OHS laws to protect workers from workplace injury.

In large part, these laws were heavily inspired by similar laws being implemented in Britain around the same time – in fact, in many cases they were literally copied almost word-for-word!

While they may not have been all that original, these laws were still a crucial development and an important stepping stone in getting us where we are today.

Things get serious with the Robens Report

Released in 1972, the Robens Report was a major turning point in Australian OHS laws. Based on similar moves happening around the world at the same time, this report saw Australian OHS laws change from highly technical to more generalised.

Previously, Australian OHS laws were focused entirely on factory-based hazards. Worse, by focusing purely on static features in the workplace, they completely overlooked matters such as the way work is organised.

Instead of focusing on details like exactly how high safety barriers had to be, the new approach towards workplace safety was much broader, encouraging proactive measures and more comprehensive solutions.

Up until recently, each state had its own OHS or WHS laws. While the laws themselves were reasonable and practical, it led to some problems with inconsistencies between states.

Since 2008, the focus has shifted to ensuring unity between each of the states and territories. That way, any Australian worker who’s well-versed in OHS laws can walk into a workplace on the other side of the country without having to re-learn the safety regs.

While each state and territory still maintains its own OHS laws, all of them follow guidelines set by Safe Work Australia, ensuring that the details are identical between states.

Just like OHS and WHS laws in general, up until relatively recently workplace safety signs have been entirely ad-hoc. Some workplaces made do with Sharpies and spray paint – others simply went without!

Not only was this more dangerous, but it could also lead to miscommunications and accidents if the message wasn’t understood.

Obviously, this isn’t a great situation. As a result, laws have come into place outlining the size, shape and colour of workplace safety and emergency signs.

As an example, let’s look at hazchem signs and emergency information panel.

Recognised throughout the Commonwealth, hazchem is a labelling system for dangerous substances that ensures that all workplaces in Commonwealth countries use consistent signage when storing and working with hazardous cargo.

In addition to mandating that signs are present, Australian OHS laws also recognise the standards set out by hazchem regarding hazardous goods and cargo signs:

It also mandates that when storing and transporting these substances, you should also use emergency information panels that feature:

Not only that, but Australian OHS laws also mandate where these signs need to be installed, as well as how large they are in order to maximise visibility.

All of this ensures consistency throughout the country, and maximises safety. 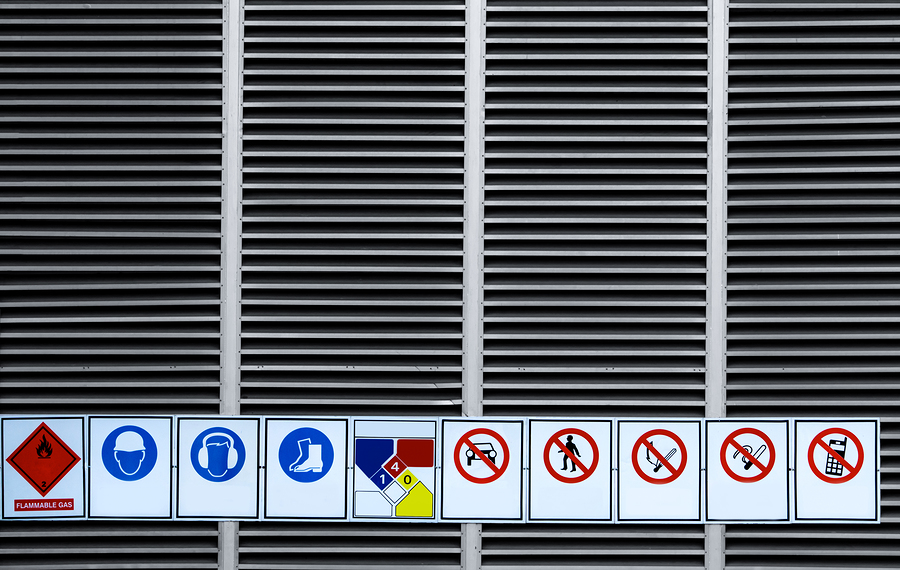 Make your workplace as safe as possible with Signsmart

While they may cop a lot of flack for being overbearing, we can all agree that we’re better off with OHS laws than without.

We here in the sign business are especially thankful – it’s made our job of supplying Australian workplaces with appropriate workplace safety signs considerably easier!

Do you need workplace safety signs that adhere to Australian OHS laws? If so, Signsmart has you covered.

We stock a huge range of workplace safety signs, including:

Our huge inventory of premade signs allows us to offer the best turnaround in the business – just give us a call, and we’ll get you the sign you need with minimal waiting time so that your workplace can continue to meet its obligations under Australian OHS laws.

And this extends to our custom safety signs too!

Contact us now
for dangerous goods signs and labels 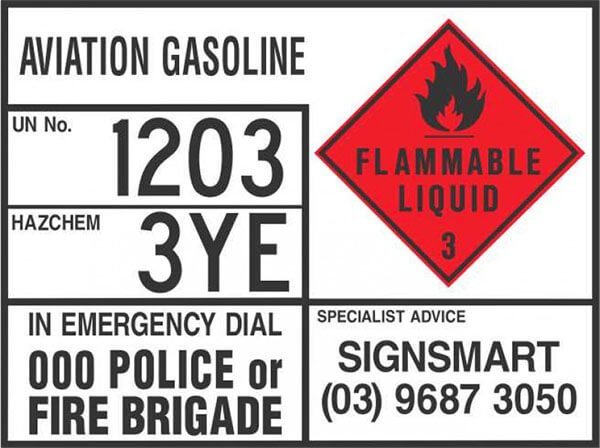